In the first half of 2015, US and UK smartphone users were most likely to be interested in a device with a display size of 5.3-inch overall, according to a new report from the Mobile Device UX (MDX) group at Strategy Analytics (www.strategyanalytics.com).

The report also showed that respondents surveyed in the US have a greater interest in the larger sized prototypes than those surveyed in the UK, while Android owners have a greater interest in phablet sized prototypes compared to Apple owners. Current smartphone owners are also more likely to prefer a thicker prototype with a longer battery life over a thinner phone.

Similar to the second half of 2014, the prototype with a 5.3-inch display was most preferred by consumers overall in the first half of 2015. This was followed by the 5.0-inch and 5.5-inch prototypes. Even though the majority of smartphone owners surveyed preferred a prototype with a display larger than their current device, more than half of respondents expressed interest in a device that was only slightly larger than their current display size.

“While interest in larger displays is considerable for current consumers it is still imperative to keep in mind that a device with good ‘fit in hand’ is important,” says Monica Wong, report author and analyst. “Strategy Analytics’ has found previously that mobile devices with a thinner bezel, optimizing display, while still fitting well in hand overall, has far more appeal to consumers.” 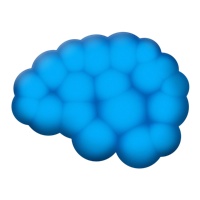