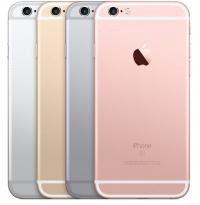 Customers are encouraged to check the Apple Store app or Apple.com to receive updates on availability and estimated delivery dates. Every customer who buys an iPhone 6s or iPhone 6s Plus at an Apple Retail Store will be offered free Personal Setup service, helping them customize their iPhone by setting up email, showing them new apps from the App Store and more, so they’ll be up and running with their new iPhone before they leave the store.

Customers can also learn more about iOS 9 and their new device through free workshops at all Apple retail stores worldwide. In the US, the new iPhones are also available through AT&T, Sprint, T-Mobile, Verizon Wireless and additional carriers, and select Apple Authorized Resellers including Best Buy, Target and Walmart.