According to a new research study conducted by MusicWatch (http://www.musicwatchinc.com), a company providing consumer research for the music industry, three quarters (77%) of Apple’s iOS users in the United States are aware of Apple Music, and 11% reported they are currently using Apple Music.

That usage level is similar among consumers who purchase music from iTunes or use iTunes to manage their music collections. Among users of iTunes Radio, Apple’s earlier music streaming service, listening to Apple Music reached 18 percent. The study measured trial, awareness and use of Apple Music across a representative sample of U.S. consumers.

Among people who had tried Apple Music, 48% reported they are not currently using the service. More than one quarter (28 percent) of Spotify Premium customers also use Apple Music, but the draw from popular ad-supported services is more modest: Just 11% of Spotify Free users, and 6% of Pandora users, now use Apple’s offering.

“In terms of benchmarking Apple Music, 40% of iOS users are buying digital downloads from iTunes, suggesting trial of Apple Music could be higher,” says Russ Crupnick, managing partner of MusicWatch. “That’s the disadvantage of not being the first mover in a market where very good services currently exist.”

Nearly two-thirds (64%) of current users said that they were extremely or very likely to pay to subscribe to Apple Music after their free trials end. On the other hand, 61% reported that they had already turned off the auto-renewal option in their iTunes account settings.

The most popular feature on Apple Music was its “My Music” functionality, which allows listeners to manage music and create playlists. Beats 1 is being used by 30% of Apple Music streamers, while 27% are using Connect.

The data referenced in this press release is from the MusicWatch 2Q Report, released this month. MusicWatch surveyed 5,000 U.S. consumers, age 13 and older; results were weighted to the U.S. population.

Check Out Network Problems from Home with InterMapper Remote 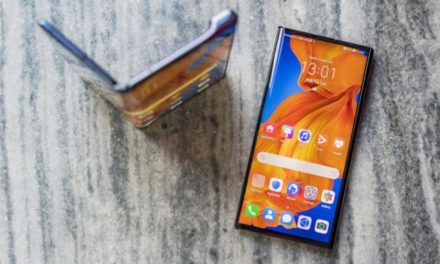 I still don’t think that Apple will release a foldable iPhone, but….