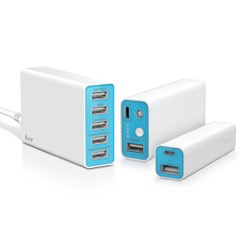 The RockWall 5 (pictured) is a five-port portable USB charger that delivers a combined 5 Amps of power and charges up to five devices at once. The compact myPower portable battery pack, available in both 2600mAh and 5200mAh models, lets you charge USB devices on the go. Each product is compatible with both Apple iOS and Android devices.

The RockWall 5 can be used to simultaneously charge five devices, such as smartphones, tablets, wireless speakers, wearables and other USB devices. Users can charge their devices in an organized manner from one source instead of dealing with multiple chargers and outlets. The RockWall 5 has a safety feature that prevents it from overcharging or overheating connected devices.  Its compact design makes it easy to take on the go and the input voltage of 110-220V makes it convenient for international travel.

The myPower 2600 and myPower 5200 portable battery series is capable of charging nearly all USB devices, including smartphones, tablets, wireless speakers, wearables and more. They feature smart power functionality that allow them to turn on and begin charging a connected device automatically and then turn off when the device is removed.

Additionally, the myPower series automatically recognizes the type of connected device in order to provide the maximum compatible charge output and prevents overcharging and overheating. Enhancing its value as an emergency power device, the 5200mAh model comes equipped with a built-in LED flashlight.

The RockWall 5 and myPower portable battery series make it easier to keep all of your devices fully charged. Plus, they help you avoid the stress of finding yourself stranded with a drained battery.

The RockWall 5 and myPower series have manufacturer suggested retail prices ranging from US$19.99 to $29.99. They’re available at Amazon.com and other select retailers.

InfoWorld: “PC killer on the loose” 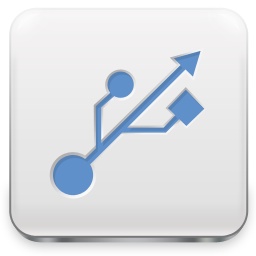