A new IDC Financial Insights (www.idc.com)study builds on recent IDC analysis of the Bitcoin ecosystem by considering the potential of Ripple, an offshoot of Bitcoin which purports to be an open source, real-time payment settlement infrastructure, and the impact it could have on the financial services industry.

Crucially, Ripple concentrates on providing a payments infrastructure, rather than a new currency, in its attempt to overhaul the international payments landscape.
IDC expects payments through Ripple or similar protocols to grow exponentially in the years ahead. As such protocols supersede Bitcoin, the distinction between cryptocurrencies and new payment protocols will become clearer, and the banking industry will embrace the protocols. With the support of Ripple Labs and other interested parties, Ripple is currently best placed to take this market share, according to IDC.

In the short term, more parties will undergo pilot and proof-of-concept projects, and domestic banks are likely to partner with counterparts overseas for this purpose, according to the research group. There will be an initial opportunity for banks or companies like Earthport to charge clients for the ability to make instant global payments, especially as IDC expects initially that Ripple will be adopted not as an industrywide solution like UK Faster Payments but by innovative banks.

IDC notes that, however, the fact that the U.S. Federal Reserve is prepared to countenance a new payment network based on the principles of a distributed ledger shows the strength of the idea. The innate advantages of speed, reliability, and transparency of protocols such as Ripple will see them win out over conventional payment networks. International payments are increasingly out of step with the customer experience that consumers and businesses expect in their modern dealings, and a payment network based on distributed ledgers, such as Ripple, is a 21st century solution to this problem.

“Existing players could enhance their offerings and make them more efficient by incorporating Ripple payments, and before the technology is ubiquitous there is also the opportunity to charge customers for it. It can be expected that once there is any kind of critical mass, saturation will follow rapidly,” says Lawrence Freeborn, senior research analyst, IDC Financial Insights. 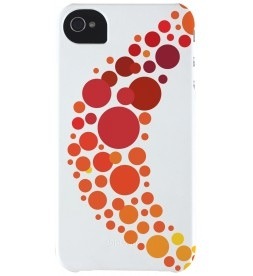