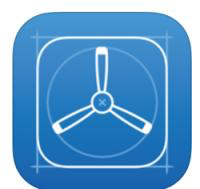 Apple has updated its TestFlight app to version 1.2.0, which adds support for testing upcoming iOS 9 features such as watchOS 2 apps and App Thinning.

With the new version, testers can now choose how to receive update notifications for each app they’re testing. Also, watchOS 2 beta apps will install automatically when the “Automatic Downloads” setting is turned on in the Apple Watch app. TestFlight is a free download at the Apple App Store.