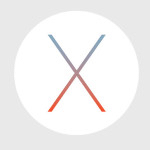 Apple has made available the fourth public beta of Mac OS X El Capitan to developers for testing purposes. Those who signed up for Apple’s beta testing program (https://beta.apple.com/sp/betaprogram/) and already have the public beta installed can update through the Software Update mechanism in the Mac App Store.

The new beta focuses on bug fixes and minor tweaks, not new features. OS X 10.11 El Capitan is currently available to both registered developers and public beta testers. Apple plans to release El Capitan to the public in the fall.

Apple to bankruptcy judge: may I please sue Kodak again?