Operating in the unlicensed 5GHz band, LTE-U’s coexistence with Wi-Fi has become a primary concern for the Wi-Fi industry which anticipates disruption on both the technical and business levels, according to ABI Research (www.abiresearch.com).

Unlike Wi-Fi, LTE-U, as a propriety solution does not sense the channel activity before transmitting. Instead, it applies a form of time sharing using periodic time slots, according to the research group. Such scheduled transmission of LTE-U not only adds interference and increases collisions for Wi-Fi’s opportunistic transmission, but also defies the concept of fair sharing as it seizes complete control over the channel and Wi-Fi’s transmission window.

LTE-U provides clear advantages for mobile operators. It uses the free unlicensed spectrum to expand network capacity and does so without having to integrate another network, like Wi-Fi, within the cellular core. However, the advantages for end-users are not so clear.

Enterprises and venues also play an important role in this debate as the main host for LTE-U and Wi-Fi.

“LTE-U small cells in the enterprise still face the same challenges of site permission and the lack of neutral-host support. Concerns of possible interference with Wi-Fi make it even a harder sell. In addition to ensuring minimum impact on Wi-Fi operation, operators need to win enterprise community over with a true problem-solving solution,” adds Ali. 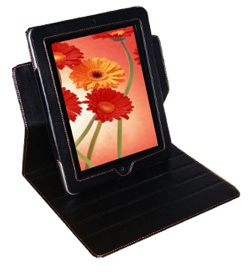