The Internet Society today released its 2015 Global Internet Report (http://tinyurl.com/oq8zx9c) , the organization’s second annual report on the global state of the Internet. Focused on the impact of the mobile Internet, this year’s report shows that mobile has fundamentally transformed Internet access and use, and holds the key to fulfilling the promise of Internet connectivity for the next billion people.

People are increasingly accessing the Internet through mobile devices. Today there are more than 3 billion people online and the mobile Internet offers hundreds of millions around the world their primary, if not only, means of accessing the Internet. In addition to providing access, benefits of the mobile Internet arise from using all the features embedded into smart devices, which are typically accessed via convenient apps.

“We applaud this global shift in the Internet dynamic, with mobile playing a significant role in the rapid pace of new Internet users,” says Internet Society President and CEO Kathy Brown. “The Internet is truly global and every new user online benefits other users, for social interaction, economic opportunities and many other benefits that were previously unimaginable.”

While the digital divide around the world is closing with the help of mobile, challenges still exist. One key finding of the report is that given the availability of the mobile Internet, affordability and lack of relevant content are now the main barriers to Internet access. Even taking into account regional variations, in most, if not all, countries, the availability of mobile Internet service far outpaces adoption rates, meaning that a significant number of people have access to service, but do not subscribe.

There are numerous countries for which the cost of mobile Internet service is more than 5% or even 10% of average per capita income. Further, while a significant segment of the population can access and afford the mobile Internet, they do not yet have enough interest to begin using it. This can be attributed to language barriers and limited locally-relevant content, including a lack of access to major app stores in some countries, which limits the usefulness of a smart device.

Apps are increasingly used as the primary means of interacting with the Internet, and the report highlights the many benefits of apps as well as the challenges. The vast majority of apps are native to a particular proprietary mobile platform, such as Android or Apple. This raises the costs for developers to make apps for all platforms and for consumers to switch between platforms, limiting choice and competition between platforms.

“Today we associate the mobile Internet with a smart device that runs on a specific platform and provides access to the apps that we use,” suggests Michael Kende, Internet Society chief economist and author of the report. “While this has created amazing benefits for users and an entire app economy for developers, it locks users into a chosen platform and ultimately limits choices in a way that is new to the Internet.”

The mobile Internet has allowed more people to access the Internet to do more things in more places. The report celebrates the role of the mobile Internet in shifting the digital divide debate from whether access is available, to whether the access is affordable and relevant. However, Kathy Brown notes that, “Despite the remarkable evolution of the mobile Internet, there are challenges that need to be addressed to ensure that all users – existing and future – enjoy the full benefits of access to the open Internet.” 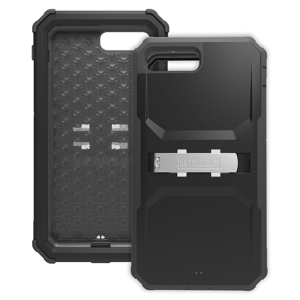 Kool Tools: Trident cases for the iPhone 7/7 Plus