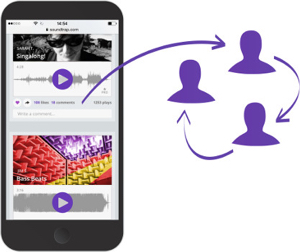 Soundtrap has launched what it says is the first online music and audio recording studio where users can find and collaborate with people from all over the world on a multitude of devices across iOS, Android, Chrome OS, Mac OS X,and Windows platforms.

It lets users record a tune or podcast by accessing a browser across multiple platforms.  Coming out of beta, Soundtrap has also announced US$1 million in seed funding and the commercial availability of its platform.

Soundtrap is currently in use in 150 U.S. schools and the platform has grown from 20,000 to 120,000 users in 175 countries in just five months, according to CEO Per Emanuelsson. He adds that the platform was developed using only HTML5 technologies and it is fully cloud-based for all devices.

It’s written in the Google DART language and utilizes the audio APIs Web Audio, Web MIDI and Web RTC. To use Soundtrap, users simply open a browser and log on.  They can choose from over 50 virtual instruments, 1,400 royalty free loops (music) and 25 real-time effects.

The platform has a video window where collaborators can work together in real time and create a fully formed song with drums, loops, bass and synthesizer. Other sounds can e be dropped in. Users can even record audio and line in a bass or electric guitar and record and play with a full-featured guitar rig, including amplifiers and effects.

Subscriptions start at US$3.99 a month. Go to www.soundtrap.com/pricing for more info. 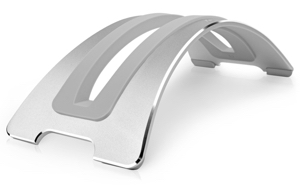