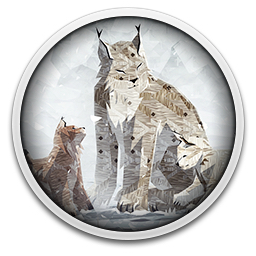 Shelter 2, a game in which you play a powerful Lynx, is now available on the Mac App Store. It costs US$14.99 and requires Mac OS X 10.7 or higher.

Developed by Might and Delight and released on the Mac App Store by MacPlay (www.macplay.com), Shelter 2 follows the life of a mother lynx, starting as a pregnant animal, giving birth and continuing in to a journey of parenthood where nurturing her cubs is paramount for survival. Shelter 2 includes more elaborate gameplay features than its predecessor, such as stamina, different types of movements, jumps and a variety of prey to kill.

Besides hunting there are several maternal and hunting features, such as calling the cubs closer, smell for prey, making sure they drink water from rivers and lifting and carrying your cubs from harm’s way. Environments in Shelter 2 are much bigger than its predecessor.