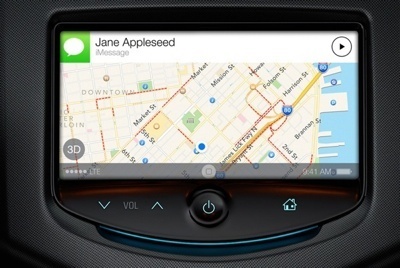 Cadillac’s 2016 model year products will feature enhanced connectivity and control, including the addition of Apple CarPlay and Android Auto. These additions are part of a broader enhancement of CUE, Cadillac’s user experience, with new features and a faster, streamlined operation.

Apple CarPlay will debut in 2016 Cadillac models featuring CUE’s 8-in multi-touch screen except the SRX Crossover, a model that will move to an all-new generation in early 2016. Android Auto is expected to be phased into 2016 production at a later date. The 2016 model year will begin this summer.

Cadillac CUE provides owners a simple way to access both CarPlay and Android Auto and Apple CarPlay. A “Projection” icon will appear on the CUE screen, to enable simpler, easier access to key smartphone functions, including navigation, contacts, hands-free text messaging and select applications supported by Apple or Google.

CarPlay takes the iPhone features you’d want to access while driving and puts them on the vehicle’s display in a smart, simple manner. This allows drivers to make calls, send and receive messages and listen to music right from the touchscreen or by voice via Siri. Apple CarPlay supported apps include Phone, Messages, Maps, Music and compatible third party apps.

Android Auto is built around Google Maps, Google Now and the ability to talk to Google, as well as a growing audio and messaging app ecosystem that includes WhatsApp, Skype, Google Play Music, Spotify, and podcast players.

Both phone integration systems require the phone to be connected via USB. Apple CarPlay requires iOS 7.1 or higher or an iPhone 5 or later or higher.

Tips small businesses can use to be more efficient in 2013