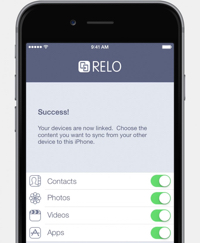 JAMF Software’s Relo (http://www.jamfsoftware.com/products/Relo/) is a free app that lets you safely move contacts, photos and videos and WiFi settings from an Android to gadget to an iOS device via a wireless connection.

With Relo, business users and consumers can transfer data from an Android phone or tablet to a new iPhone or iPad. All it takes is a simple QR code scan, which then connects to an App catalog displaying all of the iOS versions of a user’s previous apps, allowing them to quickly tap and download — all from within the Relo app.

° Consumers can walk into a store with an Android and walk out with an iPhone with all their contacts, photos and videos wirelessly transferred, and all the apps from their old device displayed for download (for iOS) from within the app. This announcement is also in line with Apple’s Reuse and Recycle Program.

° Within enterprises, employees can make their corporate-owned iPhone feel like their own simply and quickly — helping to raise adoption of BYOD initiatives, and cut down on IT help.

Note that while many apps are free to download on iOS, Relo can’t transfer your purchase history between Android and iOS. You will need to purchase the iOS version if it’s not a free app. 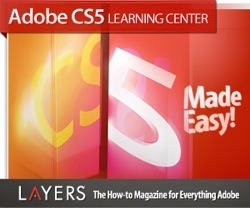 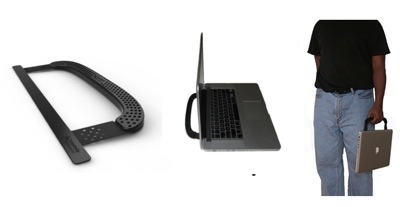