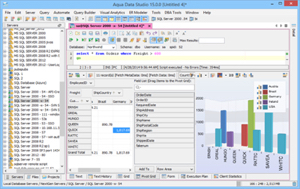 As companies store ever-larger amounts of data, teams need smarter ways to understand those numbers and put them into action. For instance, Aqua Data Studio 16 adds treemaps, for instance, which allow you to visualize thousands of colored data points on a single screen. This makes it easy to spot patterns deep in the data that would be otherwise impossible to see.

Additional chart enhancements in Aqua Data Studio 16 make adjusting charts easier, including drag-and-drop reordering of fields. The addition of Treemaps brings visualization for hierarchical data. Trend lines now include confidence bands to indicate uncertainty with noisy or incomplete data, and intelligently fill in missing date information so that gaps in the data no longer cause gaps in trend lines. New data can now be pasted directly from a spreadsheet application like Microsoft Excel into Aqua Data Studio’s visualizations as a new data source, or used to replace existing data.

Along with Aqua Data Studio’s visualization improvements are additional functions for calculated fields and table calculations to make working with data easier. Unlimited undo and redo in Visual Analytics allows users to step forward and back through time to test changes and ideas. An enhanced Visualization menu makes smart suggestions about which chart type to choose based on the data given. The query dialog now incorporates auto-completion as you write, and query results can be pinned so that they remain visible after re-executing a query.

Pepid comes to the iPhone 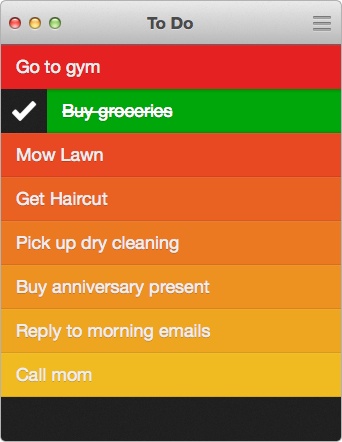