According to Strategy Analytics’ AppOptix Telemetry Intelligence Platform (www.strategyanalytics.com), the total data traffic (Wi-Fi andcellular combined) doubled between the first quarter [Q1} 2014 and Q4 2014, with the bulk of the growth coming from an older demographic.

The analysis is based on over one million individual application sessions from 3000+ panel members in the US. The results are powered by Strategy Analytics’ elemetry Intelligence Platform. Additional findings from the study include:

° Data traffic through the browser remains consistent across all age groups – highlighting the universal appeal of browsing across all users.

“Over the past four quarters, there has been a significant shift in traffic priorities by application categories,” says Bonny Joy, Chief, Consumer Telemetry Platforms, Strategy Analytics. “The fact that social now accounts for the majority of the traffic for most users underscores the increasing reliance of social apps, such as Facebook, Tumblr, and Vine for rich media experience.”

The findings presented in this press release are part of AppOptix use case series. AppOptix use-cases illustrate important emerging trends and insights related to how consumers engage with their mobile devices. 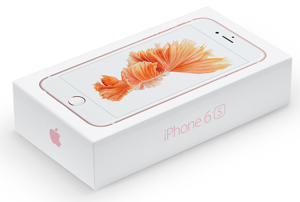