In December, Yahoo became the default search option for Firefox in the US, supplanting Google after its ten-year run. Accounting for the percentage of search traffic coming through Firefox along with the switchback rates of users opting to go back to Google, Yahoo will end up gaining about 2% of U.S. paid search clicks. With rumors that the door is open for Yahoo or Bing to become the default search engine for Apple Safari in 2015 – which accounts for almost half of all paid search traffic – the result could be a shift of more than 10% of search market share away from Google.

Google’s Product Listing Ads (PLAs) also face competition from Amazon Products Ads and Bing Product Ads. Both Bing and Amazon’s product ads are growing at a faster rate than Google’s, with Amazon’s ads generating revenues for participating retailers that were 19% the volume of PLAs, up from just 8% a year earlier. Bing Product Ad share of total Bing traffic doubled from Q3 to Q4 and is now at 7% and contributing to strong overall Bing growth.

Despite these developments, Google remains the dominant search engine. Google’s search ads converted 43% better than Bing Ads, and had a 39% higher average click-through-rate. Google also leads in mobile search, with 40% of Google search ad clicks coming from phones and tablets, compared to 36% for Bing Ads.

For retailers running paid search campaigns, the 2014 holiday season started and ended on high notes with sales growth ultimately coming in at 20% year-over-year. After impressive Thanksgiving sales growth of 37% and Black Friday growth of 29%, things cooled off a bit, echoing recent holidays past. 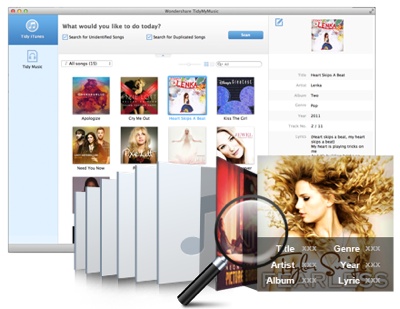 Wondershare releases TidyMyMusic for the Mac