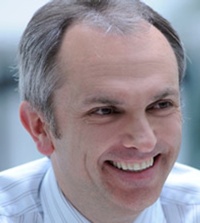 Model N (http://www.modeln.com), a revenue management solutions provider to the life science and technology industries, has announced the results of its CFO Revenue Management Study, which revealed that Apple Chief Financial Officer Luca Maestri is the most admired CFO from the Fortune 500.

Nearly one in four (24%) executives identified Luca Maestri, followed by Walmart CFO Charles Holley (15%) and Ford CFO Bob Shanks (8%). Over half of the respondents (55%) cited the company’s performance as the primary reason for nominating the CFO.

Model N surveyed sales and C-level executives from across the country to determine industry perspectives on revenue management and to uncover the role CFOs can play in driving sales and company growth. Nearly all (94%) executives surveyed said that the CFO is one of the most important positions for companies today, with more than half (54%) saying this is because managing financial risks of the corporation is more important than ever before and more than a quarter (26%) stating that companies today need a C-level executive focused on Revenue Management.

Nearly all executives surveyed (95%) said that Revenue Management – an end-to-end strategic approach of managing every dollar that impacts the top-line of the business – is critical to the growth and success of the company and agreed that it’s critical for CFOs to be included in the sales cycle. However, nearly three-quarters (74%) of executives surveyed admitted that their CFO isn’t currently involved in the sales conversation because he or she has no direct experience leading a sales organization (35%) or is unfamiliar with a standard set of metrics for evaluating sales and marketing performance (23%). One in five executives said their CFO is not currently involved in sales because no solution exists to help him or her understand it.

The sample for this project consisted of a random selection of Innovate’s U.S. panelists including sales and C-level executives at companies across the country. Fielding period was from Dec. 8-10, 2014 with more than 300 professionals providing their informed feedback.