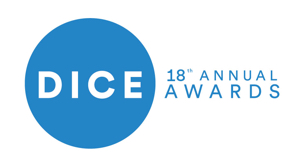 The Academy of Interactive Arts & Sciences (AIAS) has named the Apple App Store as the first recipient of its Technical Impact Award.

According to the award: “Since launching in 2008, Apple’s App Store has risen as a disruptive platform for interactive media that has pushed the technological landscape forward with new apps and experiences for consumers to discover each day. It has been a game changer that has excited and surprised hundreds of millions, and forever changed the way software and games are distributed and sold to much of the world.”

“When we set out to expand the scope of how the Academy celebrates industry achievement, we made a decision to concentrate on significant contributions in technological innovation,” says Martin Rae, president, Academy of Interactive Arts & Sciences. “The App Store represents Apple’s commitment to delivering the seamless marriage of devices and services – democratizing content distribution and allowing anyone to become a publisher. The technological impact of the App Store is felt by consumers and professionals every day.”

The newly created Technical Impact Award celebrates “unique innovations that contribute to the ongoing progress of interactive media in all its forms, and celebrates technical achievements that are expanding and redefining our industry.” Honorees are selected from various facets of the industry, which may include software, hardware, and community.

The 2015 Technical Impact Award will be presented to the Apple App Store by Dr. Michael Capps, member of the AIAS Board of Directors, during the 18th D.I.C.E. Awards on Thursday, Feb. 5, at The Joint in the Hard Rock Resort and Casino Las Vegas.

The Apple App Store opened to consumers with 500 apps on July 10, 2008 alongside the launch of the second-generation iPhone. Apple saw 10 million app downloads in that first week and continued hitting milestones in rapid succession.  Now after more than 85 billion downloads, $25 billion paid out to developers, and an immeasurable impact on how people consume content, the App Store continues to shape industries of all kinds.

“We are honored to be selected for the first ever AIAS Technical Impact Award,: says Greg Joswiak, Apple’s vice president of iPhone and iOS Product Marketing. “We could never have imagined the impact the App Store would have today. This award is a testament to all of the hard work our teams have put in, and to the amazing apps that our incredible developer community have created over the years.”