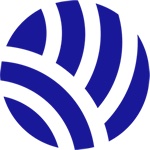 Among their new products will be the Bleu Station 300 Series, an all weather battery powered hardware beacon. Twocanoes is also rolling out new security bracket accessories to physically secure their Series 100 and 200 beacons.

All Bleu Station beacons are compatible with iBeacon-enabled apps, including Bleu Meetings, Geohopper, Bleu JSS, Bleu Setup and other apps from Twocanoes Software & Labs, available now in the App Store.

Beacons are small, low-energy Bluetooth devices that broadcast to nearby iOS devices according to Apple’s iBeacon standard. Firmware updates may be applied wirelessly over Bluetooth to future-proof the Bleu Station with new features and developments.

Latest in the Bleu Station lineup is the 300 Series, an all-weather battery powered beacon with capacity to operate for seven months in “always on” mode and over a year in battery saver mode. The all-weather Series 300 beacon is powered by 4 AA batteries. The Series 300 Beacon builds on its predecessors, the Series 100 and 200 Bleu Station Beacons, with road-proven reliability, performance and security. The Series 300 Beacon features a mountable, weather-resistant enclosure.

The Series 300 Beacon also features a built-in mounting bracket and tamper resistant housing, preventing the beacon from being stolen, opened, reset or disabled. The sealed housing allows the Beacon to be placed in challenging environments safely and securely. The Series 300 Bleu Station Beacon will be available Spring 2015 at the Twocanoes website and through retail channels.

A Total War Saga: TROY releases for macOS on October 8