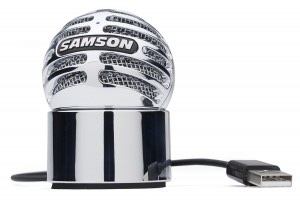 At the Consumer Electronics Show (CES) in Las Vegas, Samson (http://www.samsontech.com) has unveiled the US$39.99 Meteorite, an universal solution for capturing high-quality recordings on your computer.

It’s designed for podcasting, creating audio for YouTube videos and recording music on your favorite software or apps. It’s also build to improve your ability to communicate with friends, family and business associates on programs like Skype, FaceTime and other VoIP software.

According to the folks at Samson, Meteorite presents an immediate improvement over your computer’s internal microphone, bypassing the computers standard mic capsule and noisy sound card, in favor of the Meteorite’s 14mm capsule and dedicated audio conversion path.

It mounts to a magnetic base that lets you tilt and swivel the microphone to customize its positioning to your exact preferences. You can even take the microphone off its base and speak directly into it for recording or communicating in crowded noisy environments.

There’s no need to install drivers, as the mic can be directly connected to any computer via its integrated USB cable. Also, when combined with the iPad using Apple’s Lightning USB Camera Adapter or Camera Connection Kit (30-pin), the Meteorite is a tool for recording on-the-go. 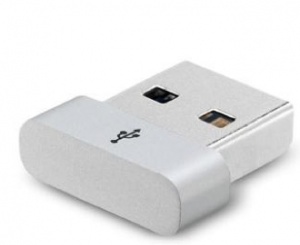