“Sales of feature phones declined 25% in the third quarter of 2014 because the difference in price between feature phones and low-cost Android smartphones is reducing further,” says Roberta Cozza, research director at Gartner. “In the third quarter of 2014, smartphones accounted for 66% of the total mobile phone market, and Gartner estimates that by 2018, nine out of 10 phones will be smartphones.”

From a regional perspective, emerging markets exhibited some of the highest growths ever recorded with Eastern Europe and the Middle East and Africa achieving the highest increase in the third quarter of 2014, with sales of smartphones growing almost 50% year-over-year. Among the mature markets, the U.S. achieved the highest growth, with an 18.9 percent increase in the third quarter of 2014, fostered by the launch of the iPhones 6 and 6 Plus. Western Europe saw a decline of 5.2%, the third consecutive decline this year.

“Over the holidays we expect record sales of the iPhone 6 and iPhone 6 Plus, but we should not underestimate the Chinese vendors and local brands,” says Annette Zimmermann, research director at Gartner. “Chinese players will continue to look at expanding in overseas emerging markets. In Europe prepaid country markets and attractive lost-cost LTE phones will also offer key opportunities for these brands.”

Gartner expects sales of smartphones to reach 1.2 billion units in 2014.  In the third quarter of 2014, three of the top five smartphone vendors were Chinese. Huawei,
“With the ability to undercut cost and offer top specs Chinese brands are well positioned to expand in the premium phone market too and address the needs of upgrade users that aspire to premium phones, but cannot afford Apple or Samsung high-end products,” says Ms. Cozza.

Apple’s and Samsung’s combined smartphone share totaled 37% in the third quarter of 2014, down 7 percentage points from the same period last year. Sales of Samsung’s feature phones and smartphones declined in the third quarter of 2014, and Samsung lost market share in both markets. Samsung’s deepest decline came from feature phones, which decreased by 10.8% year-over-year. Demand for Samsung’s smartphones weakened mostly in Western Europe and Asia. Samsung’s smartphone sales declined 28.6% in China, the biggest market for Samsung.

Sales of iPhones grew 26% in the third quarter of 2014. With the introduction of two large-screen phones for the first time, the iPhone 6 and iPhone 6 Plus, Apple managed to neutralize the advantage of Android competitors. Gartner expects Apple to experience its biggest ever fourth-quarter sales, with both of its large-screen phones seeing demand exceed supply since their launch.

Although Huawei moved into the No. 3 position in the third quarter of 2014 there is still less than one million units between the bottom-three smartphone vendors in the top five.

Xiaomi made its debut among the top-five smarpthone vendors. It experienced the highest growth of the quarter, with an increase of 336% driven by strong performance in China where it became market leader. In the smartphone OS market, Android continued to increase its market share with a rise of 22%. On the other hand, Windows lost market share. 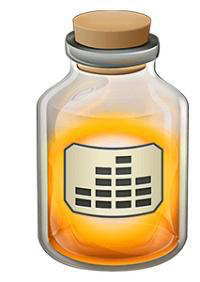