ABI Research (www.abirsearch.com) estimates that 676 million 4G LTE handsets will be shipped in 2015, growing 204 million units from 2014. Furthermore, ABI Research estimates that the total number of LTE connected devices shipped worldwide will exceed 1.89 billion units by end 2019, demonstrating the need for infrastructure and spectrum to support the stellar growth in the industry.

“With the proliferation of larger screen smart devices driving up the insatiable appetites for content and faster speeds, ABI Research estimates that there will be 350 commercial LTE networks forecasted by 4Q 2014,” says Cheri Wong, research analyst at ABI Research.

What’s more, LTE-Advanced is now commercial on 20 networks in 14 countries. To cope with the demand for higher data rates, FDD/TDD LTE carrier aggregation trials are starting to take place. For example, Ericsson, SingTel, and Qualcomm demonstrated a downlink speed of 260 Mbps in their trial. The first ever TDD-FDD LTE trial took place in February 2014 between Korea Telecom and SK Telecom, with assistance from Nokia Networks. The growing demand for data also emphasizes the need for additional bandwidth to support the massive strain on operator networks which can be alleviated through the refarming of unused spectrum.

“While commercial devices supporting FDD/TDD carrier aggregation will only debut in 2015, this has not deterred global operators like Vodafone from rolling out LTE-Advanced technology using carrier aggregation to supplement its existing LTE mobile services,” says Jake Saunders, vice president and practice director for 4G/5G.

Fueling the growth of the TD-LTE standard is the recently concluded US$970 million 4G TD-LTE deal between Nokia Networks and China Mobile. The multi-million deal will allow Nokia to equip China Mobile with its 4G TD-LTE technology to support the mobile operator’s 4G wireless broadband network deployments by end 2014 and 2015. The evolution of LTE will also see the next wave of related applications like VoLTE and LTE Broadcast/Multicast become growth drivers for the LTE market in the near term.

The MacJury weighs in on ‘Too Few Women in Tech’ article 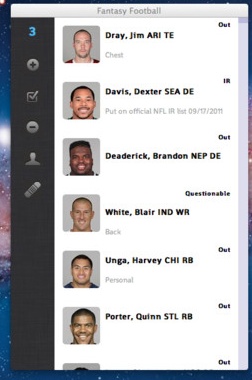