The Northern Spy: iOS 8, ShellShock and much more

iOS8 was introduced at WWDC with much hoopla but actually arrived with some problems, and has needed two updates since, the current one being 8.0.2. Also many users find it is too large to install without deleting a great deal of material from their iPuds. Hint: Use iTunes for the update. Given the usual spit and polish Apple puts into new releases, this whole episode seems odd, even a little Microsoftish–as if something has slipped there. Heads may roll.

As if that weren’t bad enough, the world learned this week that good old reliable, well-hammered-upon UNIX in many flavours, including BSD (beneath OS X) and Linux has been harbouring a flaw in the Bash Shell most people use that would allow arbitrary code to be executed under some circumstances. It appears that some form of access would be needed to do this, but many systems are potentially vulnerable, including Macs not behind a firewall or acting as servers. On most systems, shell users can test for vulnerability by typing
check='() { echo this system is vulnerable; }’ bash -c check

If the system allows a function to be defined with executable code sneakily appended in this manner, executing the improperly defined function will print the message in braces. If a patch has already been applied to prevent this by correctly terminating function definitions, it will not. The good news is that most Linux cPanel systems (including the Spy’s own servers) are already patched, and that Apple has released OX updates patching Lion, Mountain Lion, and Mavericks systems. Owners operating under previous OSs are on their own to obtain and apply a patch. But for once, Windows dodges this particular nasty bullet–and how few times have we been able to say that over the decades? Malware remains remarkably rare in the Mac world.

And we also saw claims that the new iPhone 6 and 6+ were susceptible to bending in people’s pockets. As many have pointed out, the initial video documenting this appears to be fraudulent. Apple responded by inviting journalists to its testing lab to see what they actually do to deal with such potential problems and stated for the record that only a handful of complaints have been received from among the millions sold. Meanwhile, Consumer Reports has tested the phones and found the claims overblown. Bending the phone requires nearly. as much force as breaking it.

That said, one would tend to think that something that thin ought not to be sat on, or placed in a the pocket of pants tighter than one’s own skin. Still, the Spy sees a possible class action suit coming from someone with nothing better to do than throw sand in someone else’s gears.

iAnnounce b
Apple will drop the lesser shoe on its product announcements in October, as suggested here last month. This time around, expect three or more of a twenty-seven inch retina iMac, iPad lineup changes, possibly another new monitor, and a significantly improved Mac Mini. Given the dropping of the iPod Classic, though, the Spy has to wonder whether the iPhone IS the new iPod Touch, and there won’t be another.

After all, the iPhone lineup has models in the 16G, 64G and the new 128G capacities. The first is too small for anyone needing significant storage, and the last too rich for most, so the vast majority of people will opt for the 64G model. The only ones buying the 16G model will be those needing only phone functions and little or no storage for music or photos.

Given that all these are now sold unlocked, it makes sense to the Spy that some people will buy an iPhone and not activate it except when out of country or in areas remote enough to lack w-fi, but still be in range of cell. This is in fact exactly what the Spy has decided to do, and his iPhone 6+ is on order for delivery next month sometime–a worthy replacement for his five-year old Touch.

Also on the way–a twenty-seven inch Thunderbolt monitor. He edits too many large documents these days and needs the real estate. He’ll let you know on both scores. Pity, though that he has to buy all new cables and cradles.

Besides, the day is coming when cell, per se, will be replaced by ubiquitous wi-fi, something already happening in many cities, towns, coffee shops and fast food restaurants. Since it makes no sense to use a pone while driving, once all the locations a body is like to lite and set are covered, cell towers will be irrelevant.

a Tixi a Taxi
If all that weren’t bad enough, Apple is facing an EU probe into the legality of its having sheltered income from taxes in friendly Ireland. Should this go badly for the company, billions in taxes could be payable, not to mention fines. The U.S. government has also grown restive over the practice of parking profits overseas to avoid paying its taxes, and may consider changing its laws. The net potential: governments attache multi-ten-billion dollar siphons to Apple’s nest-egg bank account. The Spy’s never been one to knock success, but Cupertino ought to be paying its share, like we of hoi polloi.

The Spy notes with interest that IBM has now sold its server business to Lenovo, effectively removing it altogether from any semblance of being a small computer provider, and adding cachet to last months proclamation here that to be IBM compatible now means that you use a Mac. Hey, so-called PC sales are in serious decline while Apple continues to ramp up Mac production.

True, it’s small potatoes now compared to the mobile business, but it’s the company’s heritage, and more profitable all the time with the slow but inevitable demise of the dated and inefficient W*nd*ws. But where is the “machine” in IBM, given that it now only makes the big iron? Perhaps a name change to iERC (for “enterprise research and consulting”) is in order.

Remember the day when IBM could have bought Apple from chump change? Now the foot is in the other shoe, though it would take more than mere change, and isn’t likely to happen, for reasons detailed here last month.

It’s only in the geek stage of a new technology that it needs many magazines, not when it is mature. So, it isn’t too surprising that yet another magazine will no longer publish a paper edition, but go entirely digital. The Spy rations his online time, and is therefore likely to be lost as a reader in the transition Mac World is making. Too bad, but that’s life.

Enough for this week’s ramblings. There is his tenth novel to work on, a book on the new programming language he’s partnered to design, material to ready for this weekend’s VCON panels (including a reading) and assorted administrivia for Church and the university to prepare for budget and board meetings. See y’all next month.

\Opinions expressed here are entirely the author’s own, and no endorsement is implied by any community or organization to which he may be attached. Rick Sutcliffe, (a.k.a. The Northern Spy) is professor of Computing Science and Mathematics at Canada’s Trinity Western University. He has been involved as a member or consultant with the boards of several community and organizations, and participated in developing industry standards at the national and international level.

He is a co-author of the Modula-2 programming language R10 dialect. He is a long time technology author and has written two textbooks and nine novels, one named best ePublished SF novel for 2003. His columns have appeared in numerous magazines and newspapers (paper and online), and he’s a regular speaker at churches, schools, academic meetings, and conferences. He and his wife Joyce have lived in the Aldergrove/Bradner area of BC since 1972.

URLs for items mentioned in this column
VCON: http://http://www.vcon.ca/ 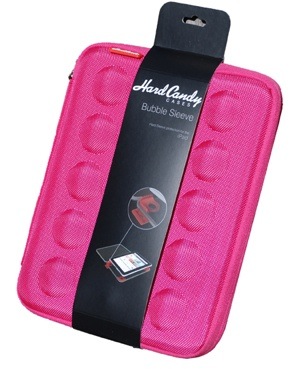