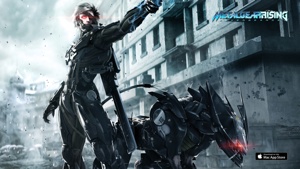 TransGaming Inc. in partnership with Konami Digital Entertainment, has announced that METAL GEAR will make its debut on the Mac platform, as METAL GEAR RISING: REVENGEANCE is now available for Mac.

Here’s how the game is described: “METAL GEAR RISING: REVENGEANCE, originally developed by Kojima Productions and Platinum Games, expands the METAL GEAR franchise into exciting new territory with its frenetic action experience. The game seamlessly melds pure action and cinematic storytelling that surrounds Raiden, a child soldier transformed into a half-human, half-cyborg ninja, who uses his high-frequency katana blade to cut through anything that stands in his vengeful path.”

METAL GEAR RISING: REVENGEANCE is rated “M” for Mature by the ESRB and is now available on the Mac App Store at a retail price of US$29.99. As a promotional launch special offer, gamers will receive a $5 discount available for five days only, expiring on Sept. 30. The game is also available on Steam.