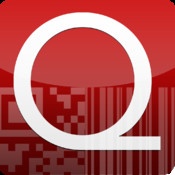 Power APP (http://www.powerapp.ch ) has optimized their multifunctional QR Reader for iOS with the latest version of Apple’s Xcode, making it run smoother and and giving it a better overall performance.

The app also allows users to create their own QR-codes with a logo in the middle. The advantages are better compatibility with the newest iOS and a more complete and smoother testing of the finished app before releasing it, according to the folks at Power APP> Features of QR Reader include AirPrint support and direct access to URL.

QR Reader for iOS requires iOS 6.0 or later. It costs US$0.99 and is available at the Apple App Store in the Utilities category.

XTREMECAMERA to give away 250 Charter Memberships

MacCleanse for Mac OS X scrubs up to version 2.0.1