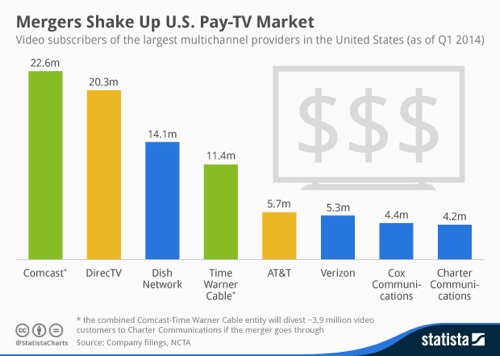 AT&T is reportedly in advanced talks to acquire satellite TV provider DirecTV in a deal that could be worth US$50 billion. DirecTV would add roughly 20 million video subscribers to the 5.7 million that currently subscribe to AT&T’s own U-Verse video service.

Both deals would further consolidate the telecom and Pay-TV industry as more and more consumers are opting for so-called triple or quad play offers that combine telephone, broadband, TV and wireless services. The graphic is courtesy of Statistica.com. 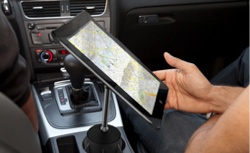