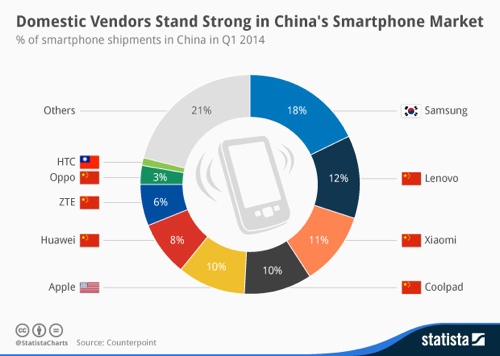 The Chinese smartphone market continues to play by its own rules according to data released by the Hong Kong based research firm Counterpoint.

While most other smartphone markets are dominated by Samsung and Apple, the Chinese market, while also led by Samsung, is pretty evenly distributed between Samsung, Apple and a handful of domestic vendors. Chinese manufacturers such as Lenovo, Xiaomi and Coolpad are quickly gaining market share with handsets sold at prices that the international competition, Apple in particular, finds hard if not impossible to match. The accompanying graphic is courtesy of Statistica.com. 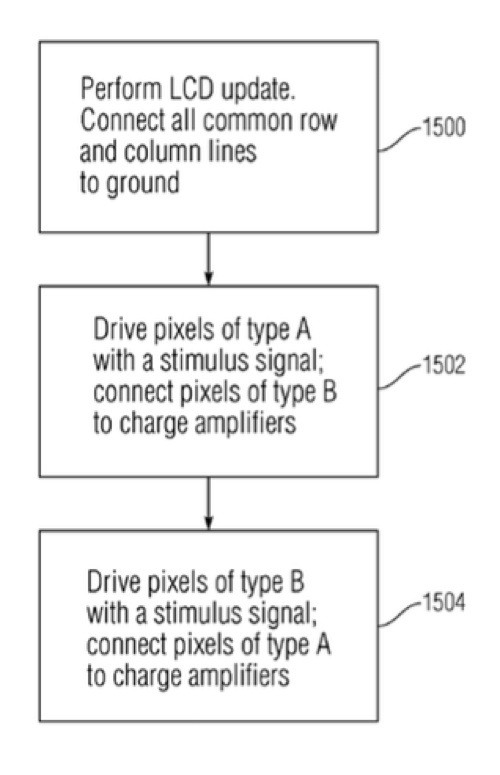