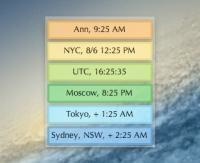 MaBaSoft (http://www.mabasoft.net) has released World Clock Deluxe 4.12, an update of its Mac OS X tool for companies and organizations regularly communicating with people across the world, for frequent travelers, and for home users having family or friends in other countries or time zones.

In version 4.12 software update has been extensively revised, displays release notes, and lets you automatically download and install updates of cities, time zones, and DST rules. – Several enhancements have been added to the report displayed by World Clock Deluxe after updating cities, time zones, and DST rules. The report now tags used cities and time zones and lets you list them first and sort cities by country. 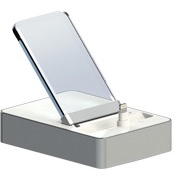