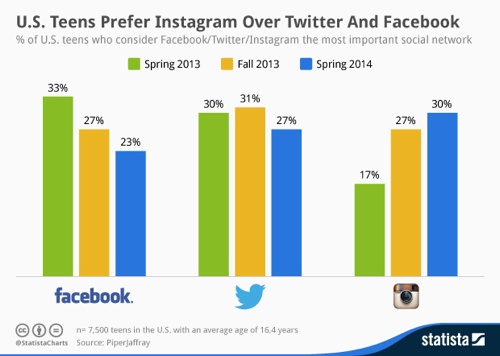 Especially Facebook has recently lost popularity among younger audiences. A year ago, 33% of teens had named it as their favourite. Many saw Facebook’s acquisition of Instagram as an attempt to re-connect with the youth. If that was the case, Instagram appears to have been a good choice. Today’s chart is courtesy of Statistica (http://tinyurl.com/ogda87e).

Deals: Mellel for 41% off today only