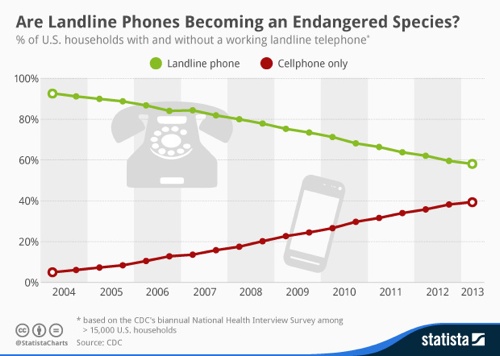 According to data provided by the Center of Disease Control and Prevention (PDF), landline phones are gradually losing relevance in the United States. The CDC has tracked phone ownership by U.S. households as a by-product of its biannual National Health Survey since 2004.