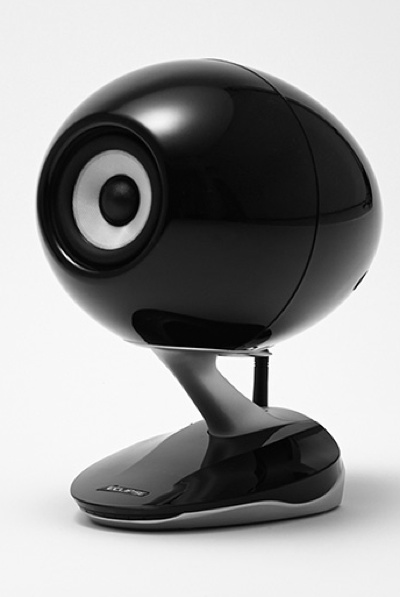 Eclipse has announced the TD-M1 speaker system, which the company says “delivers ultra-fidelity sound in a system designed for today’s connected lifestyle.” It’s due to ship March 31 and will be available in black and white.

The U$1,300 TD-M1 uses the same award-winning technology employed in Eclipse’s US$10,000 TD-712 speaker, while combining wireless convenience and connectivity with compact size. Its Class-D digital amp that powers the special, crossover-less driver mounted in the Eclipse’s enclosure.

The Eclipse TD-M1 is designed to work with high-resolution sound sources. A built-in 192kHz/24 bit input interface is capable of handling 6.5 times the amount of data on a CD. Eclipse engineers developed a 192kHz/24 bit-compatible, non-oversampling D-to-A converter (NOS-DAC) for clearer sound.

The TD-M1 uses Apple’s AirPlay for wireless playback. CD-quality (44.1kHz/16 bit) lossless audio can be streamed through Apple devices like the iPhone, iPad and Mac, directly connected without need for a router. You can download the free Eclipse TD Remote app at the Apple App Store for remote control functionality (for iOS 6 or later).

Go to http://www.eclipse-td.net/products/td-m1/ for more info.