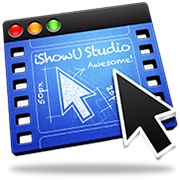 shinywhitebox says iShowU Studio 1.0 for OS X has been scheduled for release late this month. The screen casting solution is designed to provide easy post-recording editing and publishing of captured footage.

Aimed at the consumer and beginner prosumer market, iShowU Studio shares several of the same features of the popular iShowU HD and iShowU Pro, including ease-of-use, camera capture, keyboard/mouse compositing, and upload services, according to the folks at shinywhitebox. It also includes a color correction pipeline from import through to export, hardware accelerated H264 recording for Mavericks and other tools.

iShowU Studio will be available in late March for $89.95 and work with Mac OS X 10.9 or higher. Go to http://tinyurl.com/lozmqsh for more info.