Greg’s Bite: The clouds all seem to leak data

As you can see by the image at the right, I have discovered an image of a prototype smartphone reportedly under development by the Nokia/Microsoft team. It turns out they have turned to another well known company for product form factor/design support.  This image has not been verified to belong to Nokia/ Microsoft, but looks suspiciously authentic.

Moving on …. in the physical world, clouds leak water. Atmospheric water condenses on microscopic particles of dust in the air and “rain drops keep falling on my head.” In the world of high tech, the notion of remote servers connected to the Internet with a personal space for a lot of people to share memory tend to both lose data and also lose control of that data.

Google GMail security has just been breeched and this is only the most recent security issue for the cloud concept of storing your data of all kinds on someone else’s server.  Just recently the Google Android platform was discovered to have a data security issue involving millions of people. The Sony PlayStation credit card breech fiasco will cost them upwards of a billion dollars. Servers get hacked and they break down.

The recent GMail breech might not have been as large as some, but this sort of breech tends to be larger than first thought, as it takes time for phishing campaigns to be launched once the stolen email addresses are first used.  Forensic computer analysis takes time. Only later on can it be fully known how much data was illegally accessed.  Google also has had web based apps data lost in the past. What good is the cloud if it is down?

Google, Amazon and Apple are likely to be the big three in the cloud concept for the general public. There are business-oriented servers, but for most people the cloud will be managed by a familiar high tech company that has a lot of presence on the Internet. In less than a week, Apple is poised to announce the iCloud product or service they have been prepping for a while now. The new server farm they have been building is up and running and will no doubt be the physical platform for the new service.

Just what differences Apple will provide in its “go to market plan” will be interesting. Security will be a major concern and, in my opinion, will make or break the entire concept. Personally, I much prefer paying a few bucks for physical storage media or more hard drive capacity to completely control my own data. I know computers can be lost or stolen, but I think even with that risk, the cloud is far more likely to allow my data to get out of my control.

The seductive notion about cloud services is that the information you need can be available on any computer, anywhere the Internet reaches. Also, the amount of data accessible is virtually unlimited, while local physical memory has limits. Newer hard drives sporting terabytes of memory are so large, yet affordable, it is hard to imagine a civilian needing more local data storage than that. Hard drives and flash memory both are declining in price dramatically even as cloud services are launched.

Really, the issue is what data you should trust with the cloud and which data is too sensitive to be storing on someone else’s server. People tend to be lulled into trusting something more and more as time goes on. All it takes is a major data security disaster to hit, for the status quo confidence level to be lost. Consumer confidence takes time to build and can be lost quickly. Just ask Sony PlayStation network customers.

Mobile Me or .Mac is a cloud type service but has been rather limited in the past. Apple has spent up to 4.5 million dollars to purchase the URL “iCloud.com” to have a handle on the service that fits the rest of Apple’s offerings. The amount of memory they are going to offer and the price point is unknown.

Some have speculated they will give it away instead of charging for it. That is possible as Apple may anticipate making money on the iCloud connection through iTunes and App store sales. Music is certain to be an aspect of the new service.  Look for iAds to be a source of income for Apple’s new service.

DropBox recently was embarrassed by the revelation that is was no where near as “encrypted” as advertised. Further, the notion that you store your music on DropBox or movies on remote servers at DropBox turned out to be wrong. When you store something that they already have a copy of, they merely grant you access to their copy of that file. This really doesn’t hurt anything but perceptions of what you are really buying and how much memory you are really using. 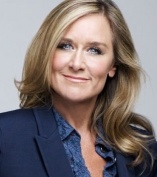