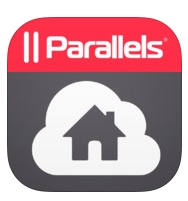 Parallels announced an significant update to Parallels Access (www.parallels.com/access) for iPad, the product that “applifies” Windows and Mac applications and lets customers remotely access and experience those applications as if they were made for an iPad.

New features and improvements include Windows support, which is now out of beta, support for 11 languages, and a new single port connection designed to make it easier for users to work within certain corporate networks. Now Parallels offers a two-week free trial and the choice of a $4.99 monthly or $49.99 annual Parallels Access subscription that lets subscribers access up to 10 PC or Mac computers.

New Parallels Access updates and features include the following:

° Single port connection — Parallels has now made it easier to work within certain corporate networks.

Parallels Access app for iPad is now available on the Apple App Store as a two week free trial and as a subscription at US$4.99 per-month or $49.99 per-year for each user on up to 10 computers. Parallels Access, with its Mac Agent and Windows Agent, is available immediately. Parallels Access hardware requirements include iPad mini and iPad 2 or later and a Mac running OS X (10.7 or higher) or a PC running Windows 7, Windows 8, or Windows 8.1. If a Mac user purchases or upgrades to Parallels Desktop 9 for Mac, they receive a complimentary six-month subscription to Parallels Access which will also “applify” all of their Windows virtual machines and Windows apps so they work like they were made for iPad.

Smart home devices to be popular this holiday season