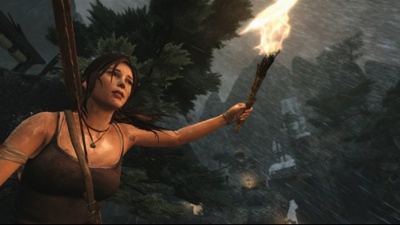 Feral Interactive says Tomb Raider will be released for the Mac on Jan. 23. Developed by Crystal Dynamics and published by Square Enix for PC and consoles, Tomb Raider is the series reboot that tells the story of how a young woman becomes the extraordinary Lara Croft, Tomb Raider.

Here’s how the game is described: “Alongside the thrilling single-player adventure, Tomb Raider features an exhilarating online multiplayer mode. A Steam account will be required to access online multiplayer, which supports Mac-to-Mac play only. Online multiplayer will not be available in versions of the game purchased through the Mac App Store.”

The game will launch on the Mac App Store on Jan. 23, and will launch on other stores Jan. 30. Tmb Raider for the Mac will retail in North America for US$49.99. It will be available online for direct digital download from a variety of digital partner sites worldwide including the Feral Store (http://tinyurl.com/n4gztzw) and the Mac App Store. A mini-site dedicated to the game can be found at http://tinyurl.com/m9w9kd3 .