Elite Computers has filed a lawsuit against Apple, seeking more than US$5 million in compensation for what it says is breach of contract, unfair competition, false advertising and fraud. The Silicon Valley Business Journal reports that the suit was filed last month in Santa Clara County Superior Court, and cites Apple’s use of its new retail and online stores in engaging in unfair competition. In February, we noted a story from the San Francisco Chronicle stating that several independent Apple dealers are suing the company over claims that it gives preferential treatment to its own outlets. 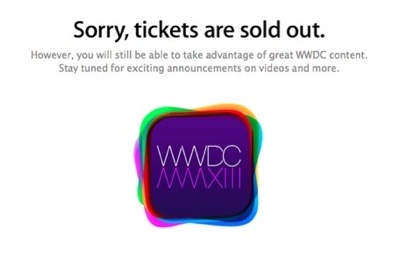 Apple WWDC 2013 has sold out of tickets

Melbourne docs to get iPads