Judge says Samsung infringes on at least one Apple patent

Judge Koh denied a couple of other summary judgment requests by Apple and the entirety of Samsung’s related motion, leaving those issues to a federal jury. “This decision increases, not hugely but significantly, the likelihood of Apple emerging victorious in a multi-patent trial scheduled to begin on March 31, 2014,” writes Florian Mueller for “FOSS Patents.” Read more at http://tinyurl.com/m2agd2b . 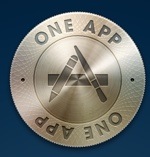 Tokens is new promo code developing tool for the Mac