Most global organizations have too many data centers in too many countries, according to Gartner, Inc (www.gartner.com). The research group said that in order for enterprises to save costs and optimize service delivery, they need a twin data center topology for each continent of major business activity.

“It’s a fact that most global organizations run too many data centers in too many countries. This is normally the result of business expansion, either organically or through acquisition over many years,” said Rakesh Kumar, research vice president at Gartner. “While the logic of business growth makes sense, having too many data centers results in excessive capital and operational costs, an overly complex architecture and, in many cases, a lack of business-IT agility.”

Many companies have stated that having too many data centers inhibits their ability to respond quickly to business changes. This is because of too many organizational layers signing off on decisions, and because solutions designed for one data center may have to be completely redesigned for another site. Moreover, because of the significant cost involved (often hundreds of millions of dollars) and the possible savings through a more streamlined architecture, there is a huge financial incentive to change the topology to that of a dual data center.

For most organizations, it will mean two sites each for North America, South America, Europe, Africa and the Asia/Pacific region.

Although many global organizations will typically own all of the sites, in some cases it makes sense to use a hosted site that provides the physical building, power and cooling, while the global organization owns the IT assets. This has been the case for many organizations entering regions such as India and China.

In other cases, a service management contract may be appropriate where no assets are owned and a third party will provide IT services through two data centers in a region. The details of how the sites are owned and managed are important but should not be confused with topology of the data center architecture.

“The twin data center topology provides many benefits, such as allowing for an adequate level of disaster recovery,” said Kumar. “This can be through an active/active configuration where each data center splits the production and development work and can fail over the load of the other site in the event of a disaster. However, this presupposes a synchronous copy of data and, so, a physical separation of about 60 to 100 miles. This may be too risky for certain industries, such as banking and government security, and so a third site may be required.”

The twin-site approach also allows the central IT organization to better manage data center operations because the number of sites is limited and each is of a significant size, and so will be able to negotiate well with suppliers and attract good skills.

A further benefit of the twin data center approach is that it allows companies to have a streamlined approach to business expansion. As the business grows, it is well-understood that increased IT needs will come from existing sites, so remote sites are closed as part of the initial acquisition process and not deferred because of complexity, lack of decision making or organizational politics.

While a twin data center topology per continent of major business activity is an ideal model, and should be pursued, there will always be some variation. Disaster recovery and business continuity driven by industry-specific compliance reasons (banking) or local specific risk assessment (risk of problems in a major city) may force the need to have a third site much farther away.

For example, many banking clients will augment a twin data center strategy with one or more remote data centers that will typically be smaller and/or lower level. These additional data centers act as a data repository with some production capabilities, and as a final defense in the event of catastrophe.

Other variations exist where cultural or language differences exist. For example, many global companies will have a specific data center in China even though they may have a regional hub in Singapore. Another example is where closing down a site in one country and moving everything to another site is too difficult. Further variations come about because the cost of changing from a multi-data center topology to a twin data center topology per major geography is too much, or the resulting cost structure actually does not justify the change.

“While these variations are logical and need to be incorporated into the decision process, they should be viewed as exceptions to the ideal model of a twin data center topology per continent of major business activity, rather than an accepted IT expansion cost,” said Kumar. “By adopting this dual center approach wherever possible, the whole growth strategy will incorporate a belief system that will help to create an optimum data center topology.” 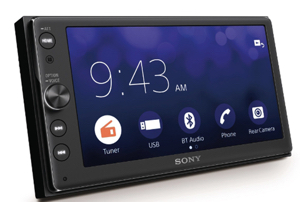