Juniper forecasts almost 200 million in shipments by 2018, compared to nearly 10 million in 2014. On a global scale, this means that the “ultra-premium” end of the smartphone market is set to diminish proportionally by volume over time, not due to a drop in sales but a faster level of growth at other price points.

The report, “Smartphone Futures: Differentiation Strategies & Emerging Opportunities, 2013-2018,” argues that this new generation of devices will permanently change the market, splitting the global market in two, with the developed high margin low volume markets on one side and low margin high volume markets on the other.

The ultra-premium smartphone market is currently dominated by Apple and Samsung with contenders such as HTC struggling to find a consistent foothold.
However, due to fierce competition in the middle part of the smartphone market, this could be about to change as these players will begin to face competition from emerging markets as players such as Xiaomi and Oppo search for higher margins.

These new players are utilizing different tactics, Xiaomi are taking a holistic approach to the consumer and planning to offer additional services to the user thus subsidizing their high performance devices. Juniper feels that this extra competition in the ultra-premium end of the market is a boon to the consumer, the more competition a market has the faster the rate of innovation. Even the established players themselves may benefit as a faster rate of innovation will shake off the perception that this segment of the market is stagnating in terms of truly innovative technologies.

The new report also notes that as the market matures, opportunities for new paradigms will begin to emerge; for example modular designed devices such as the Phone Bloks concept or devices that make an ethical stance such as the Fair Phone.
These new paradigms could allow the consumer a choice in smartphone that may align with their personality more than a device from the current generation of vendors. 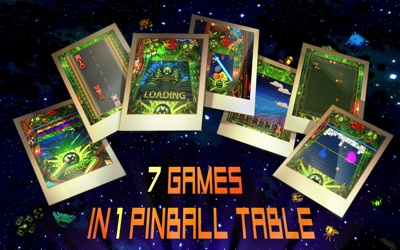 Arcade Pinball pings onto the Mac