Analyst: Apple likely to buy its own supply chain

Katy Huberty, an analyst at Morgan Stanley, thinks that Apple will buy up its own supply chain so the company can own its own equipment and “give them an edge beyond volume and scale,” reports “Forbes” (http://macte.ch/D6IRm).

In October 2012 Apple said it planned to spend US$7.1 billion on capital expenditures in 2012, up from $4.3 billion last year. Per “Forbes” Huberty thinks Apple’s plan to buy its own supply plan would l look like this: Apple fronts the money to buy the production equipment for suppliers that set up the factories, hire the labor and run the day-to-day operations. Apple still owns some of the equipment and takes the depreciation.

The analyst thinks Apple’s investment in its own supply chain, coupled with growing scale and the prepayments it routinely makes to lock up supply of crucial components such as memory and screens, will translate into a 15% to 20% cost decline a year. That helps establish and maintain higher margins for the iPhone (50% or more) and iPad (about 40%) and gives the company “the flexibility to consider moving into low-margin, high-volume markets such as TVs and to cut pricing on older products to lure cost-conscious buyers, notes “Forbes.” 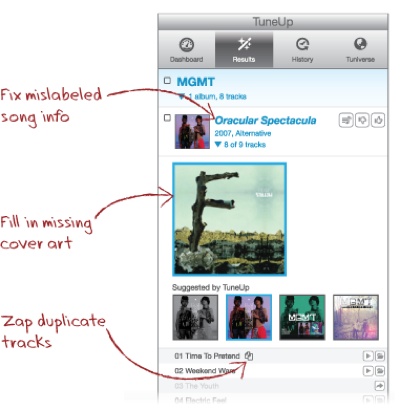 TuneUp for Mac OS X gets a little Automagic