“Hi Nellie.” I didn’t need to turn around. The sound of her cowboy boots and a certain air of eau de geek that pervades her space tipped me to her presence.

“Still into self referentialism as always, so no doubt you’ll quote us quoting us.”

Lest we get tied up in logical knots, I ignored this sally. “So what’s got your shirt in a knot today, Nellie.” She rarely visited unless she wanted to sound off about something.

“Remember what I said the first time I came into your office?”

“That was back in the early 80s. Sure I remember. You put your boots up on my desk and proclaimed you could break into any computer in the world? Of course I remember it. I believed you. Still do. So?”

“And around the world to boot? Seems a lot of tempest over a spy agency going about the everyday business of spying. Why?”

“‘Cause I don’t get why people seem so surprised they read people’s encrypted stuff. Like we said back in the day in this very space–anything that can be encrypted can be rendered.”

I chuckled. “Actually I think the original issue was the futility of copy protection.”

“The Spy’s sixth law, though it was probably the first. We used to amuse ourselves by removing the locks from copy protected disks and sending clean copies back to the manufacturer to demonstrate the futility of wasting their time on such juvenile projects.”

“Some of their schemes were quite sneaky.”

“Counting nulls between the end of two specified tracks, separately encrypting the loading algorithm, adding a decrypter to the loader–all trivial to defeat. Same goes for the modern schemes.”

“Mind you don’t say or do so in those same Excited States, Nellie. People have been sent to jail for less under the new copyright laws.”

“Of course. And yes, I know full well that math course could be viewed as illegal or subversive in some countries.”

“The same countries no doubt that’ll let you enter if you have only 256-bit encryption on your hard drive, but not if it’s more robust. Won’t find that in the bigger places, ’cause it ain’t an issue there.” Good thing the one can be made to appear like the other for the purpose of fooling custom agents, so that’s no matter.”

“And you elucidate your upsetedness these days precisely how?”

“That since I cannot believe people could have been so naive as to suppose the NSA and its equivalent in twenty other countries wasn’t ready, willing, and able to read encrypted files all along, I also cannot figure out what the fuss now is all about.”

She cocked her head on one side and ruminated a space on that, helping herself to one of my sandwiches to aid the process. “Your wife makes a mean peanut butter and jelly”, she offered after a while. “And speaking of mean, I suppose you’re suggesting it became convenient to make the fuss, not that anyone was really surprised.”

“About sums it up, kiddo. Seems to me the press and a few of the governments that do exactly the same thing thought it was expedient to embarrass the Americans…”

“…with a chorus of ‘Holy Privacy’ when they know full well there ain’t no such thing, hasn’t been for years, and won’t ever be again.”

“I mightn’t put it that way exactly, but you have the gist.”

“‘Course, you did just put it that way. I bin looking over your shoulder as you type this stuff.”

“But Nellie Hacker is just a character in these dialogues and your novels–a figment of your imagination.”

“Rather, say, a composite of the real people on whom the character is based. There’ve been many ‘Nellies’ over the years.”

“Of whom you think as daughters, despite that some like me are getting on in years ourselves, and are pretty sassy. I suppose you have our true names encrypted–as if you think that’s a problem for me.”

“Not written down anywhere, kiddo, so you’re safe. But don’t forget what I taught you about problems.”

“That they by definition have solutions, otherwise they’d be called something else. But there’s no problem at all solving the problem of reading encrypted material in plain text. It just takes sufficient time and resources. So why do people care?”

“Back to that? Actually, Nellie, it’s probably a good thing that a security contractor occasionally goes public and blows the whistle on government.”

“So little sister gains a bit of a leg up on big brother. Yes, I’ve read your stuff.”

“The idea being that in the long run, if everybody can find our anything they want to know about everybody else it won’t just be hard to hide criminal activity from the government, it will be impossible for the government to do anything without the whole world knowing all the details.”

“But is a world with no privacy a better place?”

“I consider it ethical to extend privacy to others, but see little point in imagining one have it for oneself. Indeed, doesn’t the Bible suggest we ought always to be open and transparent?”

“Oh, I know you practice what you preach. I doubt you could have a hidden agenda or meaning if you tried. But don’t politicians constantly promise transparency in theory only to be opaque in action?”

“Surely you realize politics and courtroom lawyering is all about debating technique — shift the ground under your opponents, misdirect, use ad hominem arguments, deploy eloquence to obscure that your statements have no content–it’s all a shell game to make people believe you’ve won the debate. It’s not about truth or justice.”

“Which may have some truth to it, but as long as you know it and account for it, what difference does it make?”

She looked exasperated. “But how does an honest girl programmer make a living if she can’t protect her work from being ripped off?”

“So that’s the nub of the matter. Well, we both agree you can’t protect anything from someone with the resources of a government and determined to crack your code.”

“Agreed. Patently obvious that the Yanks and the Ruskies have been reading each other’s secret mail all along. The Brits perfected the process at Bletchley Park during that dustup back in the forties.”

“And ditto any hacker with your skills. So include some modest safeguards an ordinary Josephine can’t work around, keep the price low enough so few will bother cracking your stuff, and go for volume.”

“I do some of that. My code calls home once in a while to let me know if it’s both licensed and undamaged. But as for volume, Mother Apple is the prototype for that, I suppose”

“I think you’ve got something there, Nellie. Momma’s Apples seem a more delicious prototype than Big Brother’s watches.”

“Why you call this column what you do. Guess I’ll have to cope. By the way, how’s your language project coming?”

“The one Benjamin Kowarsch and I are working on? The design is finished, except for some minor cleanup, and we’re most of the way through a descriptive book for a big scientific publisher.”

“Don’t get too excited. We might be able to buy a pizza now and again.”

“Oh, right. I forgot about the brokenness of the paper publishing industry. I suppose you could sell it online, but it wouldn’t have the same cachet to your dean as an academic book.”

“Takes one to know one.”

“Since you’re here and in a talkative mood, what do you think about the new iPhones? ”

“Don’t much care. Incrementalism. Besides, I can’t be bothered carrying a cell. Too much hassle and rip-off from the providers. A three year contract is an anchor in this day and age. I’d rather carry a Pod and use Wi-Fi when I need connectivity on the go. But I prefer heavy iron and a wired connection.”

“Faster and ubiquitous wireless is coming.”

“So’s Christmas. Meantime I’ve got serious work to do, and the slow speeds kill my productivity.”

“Speaking of which, I’ve got some other writing to finish.”

“So ‘get lost and leave me alone’? What are you, late-blooming autistic?”

“Whereas a figment of your imagination can come and go at will. All right.” She got up to leave as I continued typing. 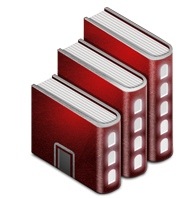