As a result of a difference between jurisdictions in the U.S. and Germany, the Munich-based Bundespatentgericht (Federal Patent Court of Germany) has sided with Samsung and Google’s Motorola Mobility in declaring an Apple iPhone patent, EP2059868 on a “portable electronic device for photo management” within Germany’s borders, invalid, notes “FOSS Patents.”

Why? Because a video of the original January 2007 iPhone presentation already showed the famous bounce-back effect in the photo gallery, which is what this patent is all about. The court also rejected various amended claims proposed by Apple, which were an attempt to distinguish the patent from what was shown in the video, because it found them to be, at best, obvious over the Steve Jobs video, which Google’s lawyers from the Quinn Emanuel firm submitted to the court in April 2013, ,the article adds. Read more at http://tinyurl.com/l9ks4x6 .

The Nova BLOX is a new power pack for smartphones, tablets, other devices 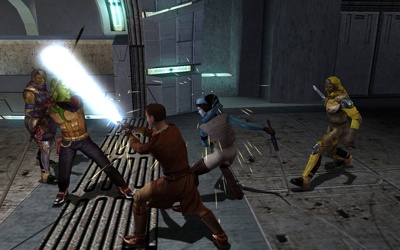 Star Wars: Knights of the Old Republic at MGS

On-Target Reports 4.0 due next month