Altura will be adding a number of new features to future releases of
Object Master. For Release 6, currently planned for June 1997, Object
Master will add the following capabilities:

o Plug-in API – Allows developers to easily add support for their own
languages. Altura has leveraged this API to add the Java support to Object
Master.

Object Master Professional Edition will have a suggested retail price of
$399. Current users of Object Master Release 5 will receive Release 6
automatically. Users of previous versions can upgrade to the Professional
Edition for $199. The upgrade will provide Release 5, Release 6 and 7.

PACIFIC GROVE, CA, — May 12, 1997 — Altura Software, Inc. today
announced the creation of a new entry-level pricing to substantially
increase the availability of their Mac OS to Windows porting
technology-Mac2Win. Mac2Win is Altura’s flagship product that allows Mac
OS applications to be easily moved to Microsoft Windows.

Today more than 50 software companies have used Mac2Win to port their Mac
OS applications to Windows. “Mac2Win has provided developers with the
ability to ship a native looking Windows product much faster than
otherwise possible,” said Lee Lorenzen, President of Altura Software. “And
an even more compelling benefit is that Mac2Win allows them to have a
single application code base for both their Mac OS and Windows products.”

BENEFITS TO APPLE AND DEVELOPERS

Mac2Win provides the capability developers need to continue their support
of the Mac OS while, at the same time, extending their revenue stream by
adding a Windows version. It also provides the bridge that will help keep
developers on the platform until Apple’s Rhapsody brings new revenue
opportunities.

Because Mac2Win lets developers have a single Mac-centric code base, it
ensures that they will not move away from the platform. Instead, Mac2Win
allows them to continue enhancing their Mac OS code while simultaneously
providing them with the revenue opportunities associated with the Windows
market. All this without the overhead of a full scale Windows development
team, or worse a divergent and redundant code base.

For a limited time Altura will offer developers a significantly lower
introductory price for Mac2Win.”We want to remove as many obstacles as we
can for Mac OS developers to reap the benefit of the Windows market while
still supporting their favorite platform,” said Lorenzen. “We are
significantly reducing our startup fees and adding additional services
that will expedite their efforts on Windows.”

Previously it would have cost between $2,000 and $12,000 to start porting
with Mac2Win. Now, for a limited time, Altura will reduce the initial
startup price to $495. Additionally, Altura is extending its reach beyond
large and medium sized developers to include small or entry-level
developers. Altura has created a new pricing tier for entry-level
developers that greatly reduces the licensing fees associated with
shipping their Mac2Win based products. The new tier makes it easy for
small or non-commercial Mac OS developers to move their products to Windows.

For the first time, Altura is hosting week-long Mac2Win developer
Kitchens. These Kitchens will provide an opportunity for Mac OS developers
to port their application code base to Windows with the help of Altura’s
veteran engineering staff. According to Lorenzen, “Developers will be able
to bring their Mac OS application source code to a Kitchen, spend a few
days working with our staff, and leave with a demonstrable Windows
application.”

For a limited time, developers who acquire Mac2Win will have access to the
source code to assist them during the porting of their applications. The
availability of the source code will expedite their porting efforts
substantially.

Mac2Win provides a mapping from the standard Macintosh Toolbox calls to
their Windows equivalents. This porting technology works by providing a
Windows Dynamic Link Library (DLL) that implements whatever Toolbox calls
a particular Mac OS application uses. This DLL is combined with a given
Mac OS application source code to create a Windows application with the
appropriate look and feel. The result is a single code base that supports
both Windows and Mac OS platforms.

Altura Software, Inc. is a leading developer of porting technology
solutions for the Macintosh and Windows platforms. The company offers a
diverse line of developer tools: Mac2Win(tm) Porting Technology, Object
Master(tm) Programming Tool, QuickHelp(tm) – WinHelp for the Mac,
QuickView(tm) Multimedia Viewer and MacWinSock – WinSock API for the Mac
OS. Altura Software, Inc. was founded in 1990 and is based in Pacific
Grove, California. For more information on Altura Software and its
products, check out Altura’s web site at: http://www.altura.com. 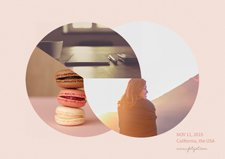 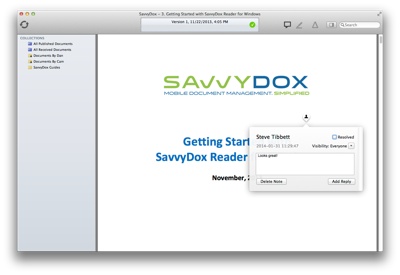