Worldwide semiconductor market to grow 3% in 2013

The worldwide semiconductor market is expected to grow 3% from 2012 to 2013, according to ABI Research (www.abirsearch.com). There has been sequential market growth from 1Q13 to 2Q13 and the vast majority of the top 20 vendors are expecting 3Q13 to grow revenues again.

“It has been a tough few years for the semiconductor industry. While we haven’t seen a dramatic decline in overall revenues since the 2008/2009 period the market has been pretty stagnant since 2010,” says Peter Cooney, practice director, ABI Research. “We will see some growth in 2013 as the wider economic environment improves but major market growth is not expected until later in 2014/early 2015.”

Consolidation continues to be rife in the industry: a number of major mergers and acquisitions are expected to take place in the second half of 2013; these include the merger of Fujitsu and Panasonic semiconductor divisions and the acquisition of Elpida by Micron. There have also been many smaller M&A transactions such as Intel’s acquisition of ST-Ericsson GPS business and Broadcom’s acquisition of Renesas Mobile’s LTE assets as major vendors exit the mobile device semiconductor market.

“As the semiconductor market has been squeezed we have seen an increase in consolidation amongst the major players,” adds Cooney. “Margins are falling and the competitive environment is tough — especially in the mobile device market — this is driving vendors to re-evaluate their overall strategy and pull out of some of their once major markets. We have seen a number of major vendors exit the mobile device market — Freescale, TI, STMicroelectronics, and Renesas and we expect there are more to come.”

iPad among ’10 Most Important Enterprise IT Products’ 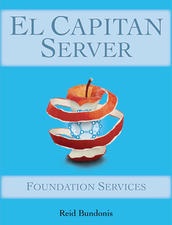