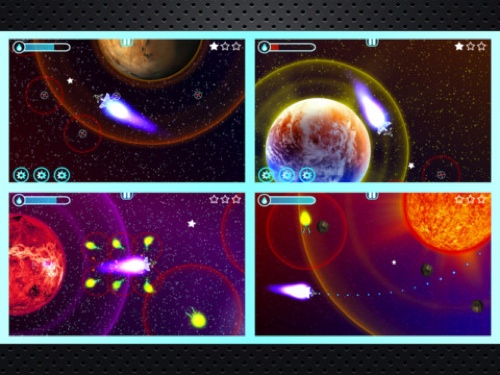 Here’s how the game is described: “Star Wings 2 is a new interstellar arcade game where the player explores the universe by controlling a spaceship across several missions. In the game, the dark force intend to conquer the entire universe using a starfleet of bugs and players must be ready to confront the enemy power, as well as deal with gravity-based environments.”