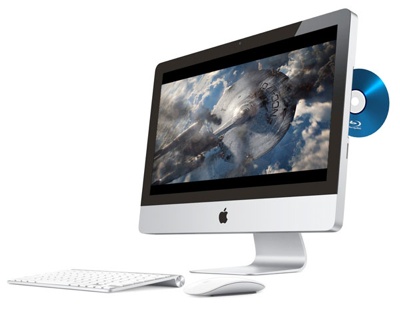 MCE Technologies has announced what it says is the first ever internal drive for the iMac, and Mac mini that plays Blu-ray movies with the included Mac Blu-ray Player software.

The drive also reads and records to DVD and CD-recordable media like the original Apple SuperDrive it’s designed to replace — so it only works with Macs that have a built-in SuperDrive. The drive is compatible with Apple’s DVD Player application for the playback of DVD movies, as well as with Finder Burning for burning DVDs and CDs at the Finder level.