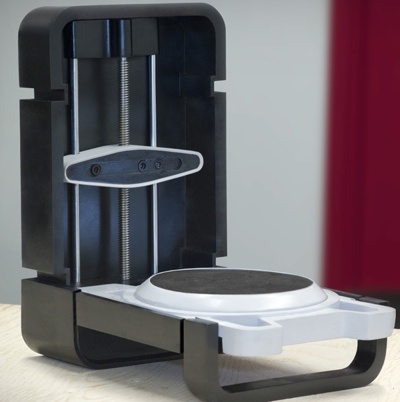 Two Canadian inventors and their company, Matterform, have launched a home 3D scanner for US$599 and exceeded their crowdfunding goals in the first three weeks of their campaign. Their scanner, the Photon, is designed to allow anyone to turn physical object into a digital 3D model on their computer, then print the file using a 3D printer or use it in 3D designs or animations.

“It works by shooting dual laser lines at an object as it rotates 360 degrees, taking pictures with a HD camera along the way, and using software to create a digital 3D model on your computer in as little as three minutes,” says Drew Cox of Matterform. “Once the file is created, it can be modified, reproduced on a 3D printer to create copies of the original object, used in animations or 3D designs, or saved to keep a digital archive.”

IP over FireWire now available for ADC members only