MAXON, the developer of CINEMA 4D — 3D animation software for film, broadcast and motion graphics professionals — has entered into a strategic alliance with Adobe to further collaborate on technology “that provides creatives in the motion graphics and visual effects industry with new levels of digital media content creation.”

As part of the alliance, both companies are expected to collaborate and engineer a pipeline between Adobe After Effects software and CINEMA 4D.

“CINEMA 4D is a leading 3D solution, and the one After Effects users have come to know and love because of its ease-of-use, speed, stability and especially tight integration with the 2D compositing application,” says Harald Egel, co-founder and CEO, MAXON. “We look forward to continued collaboration between our programming and marketing teams to ensure that the interoperability of our software products makes a positive impact on artists seeking to easily and fully integrate 3D into their production pipelines.”

“Adobe After Effects has a 20-year history of setting the standard for motion graphics and visual effects software,” adds Steve Forde, senior product manager for After Effects at Adobe. “Collaborating with a market leader in 3D graphics programming like MAXON will further accelerate how After Effects users create rich engaging experiences.”

For more info go to http://tinyurl.com/cp7x6e7. 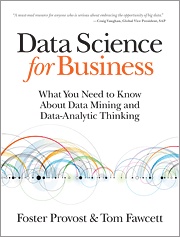