The new strikeBASE wall charger features a three-foot long cable and flush folding wall prongs for added portability.  A low-profile design ensures that the charger leaves other outlets open for use.

The 5W model costs US$29.99 and will charge the iPhone 5, iPod touch (fifth generation) and iPod nano (seventh generation). The $34.99 strikeBASE 12W is the first 12W wall charger on the market following the Apple OEM version and packs enough juice to charge the fourth generation iPad and iPad mini .

Scosche’s $29.99 strikeDRIVE 12W is a 12W car charger for Lightning devices and features a three-foot coiled cable that provides the freedom to use a device as it charges without tangles and clutter.  The 5W model strikeDRIVE 5W costs $24.99 and will charge the iPhone 5, iPod touch (fifth gen) and iPod nano (seventh gen).

The retractable strikeLINE PRO cable extends up to three feet. Priced at $24.99 strikeLINE is designed for users that already own a USB wall or car charger and need a second Lightning cable for work or travel.

All Scosche Lightning charges and cables are immediately available at www.Scosche.com and can also be purchased at AT&T, Wal-Mart, Staples, Fry’s and various Apple Premium Retailers shortly. 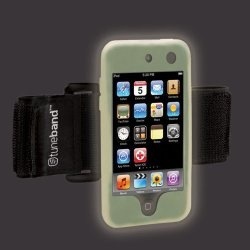 New tuneband for iPod touch glows in the dark