Game Editor requires no investment or royalty fees. It lets you design and develop 2D arcade, puzzle, board, role-playing, shoot-em-up, jump and run, and side-scroller games. A power scripting language is included. Because Game Editor is distributed under the GPL v3 license, advanced programmers can modify the game creation source code and create games with unique features.

Makslane Rodrigues’ online forums include a range of game design information to get you started. Game Editor lets you see and change the source code of the game creation software, giving you insights into C/C++ programming. It also lets you prototype your new game.

In addition to moving objects, you can play sounds and run animations. After you’ve created your game, with a few mouse clicks you can create new game versions that will run on any of the supported platforms. 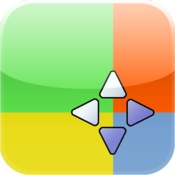